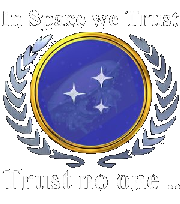 This attractive sexy young girl, demurely sat quite still whilst quietly typing away here; actually be’ one of the ancient pathfinders of old, whose true age can’t be determined by using the simplified old style Gregorian calendar.

** Which just goes to show you, that you shouldn’t believe all that you read on the web; especially where the big flabby pink elephants and the rampant sexed up rainbow unicorns are concerned, but sadly that wasn’t always the case; or was it?

What we can say with certainty, is that it was a time before Zero-x, (cut fruit) and Micky-soft had even started their silly expensive legal ball rolling, mouse-hunting exercise.

All culminating in their pointless (tit-for-tat) copyright lawsuits against each other for the alleged illegal copyright infringement, that (all) kicked off in 1989 would you believe.

Notation forwarded for copied and of curse copyright inspiration:- an exact copy of something, in-part or in-whole; is the main primary reason that can be legally enforced by a (cease-and-desist-order), that’s always issued by a country’s legal court of law; which is then usually followed by a hefty bill for illegally using their small minded paramount rats actually eating fruit, or some such other pointless reason; that sometimes doesn’t even have a point at all, other than they owned everything that everyone else has.

But The One (Tree-Ring) of History Rules Them All, and as well (all) know only too well brothers and sisters: history doesn’t lie.

An historical fact:- In 1986 I was running Microsoft DOS 3.1 on a brand new IBM compatible XT computer with 512 kB onboard, but no mouse. Never-the-less, this slinky cat like beast did employ the latest in monochrome display modes via a Hercules Graphics Card, or an MDA to give it it’s full title.

In those heady (halcyon-dog-day-afternoons), CGA was far too expensive for the average joes on the street to afford, with only very wealthy companies being able to buy into the eye wateringly expensive EGA system.

VGA was a SyFy pipedream, mainly because of the absolute barmy memory requirements; 16 meg just for the display? – Ridiculous, especially when you consider that I was using less than 640 kb to run the whole kit and kaboodle!

It was also a very expensive piece of *memory intensive* kit and kaboodle that this wide eyed innocent young girl actually owned, but looking back at it in a different light; then this flashy cock-sure poxy snot faced kid, was one of the very first on her block to realise what (IBM compatible) would eventually mean to the common people, which meant that splashing out £750 for the metal monster was also a real gamble at the time.

My state-of-the-art machine way-back-when, also had two five and a quarter inch 360 kB floppy disk drives fitted. (Wow!) – With my extensive filing system comprising of a long plastic lidded tray, that had inserts fitted all the way down its length for holding the expensive 3M disks.

Software wise, this kitchen table hacker was working merrily away in this heady medium with BAT files, (obviously), that were manipulated with the included DOS based file editor, (dah!)

Also, .. the script kiddie was using a free public domain ‘C’ compiler that she got through (the post) from an advertised Public-Domain-Library located in Wales.

In the dim and distant past of our own warm and happy pleasant memories, of eagerly waiting for the postman to call; this amateur programmer (and others of that innocent age), used that free stuff to create dial up bulletin boards that *peeked and *poked into our freely distributed INT86 games, along with system timings clocks and calendars: all linked into our own rolled flat-file databases, but let’s not forget the classic starter projects, that we all embarked upon at least once in our early careers; which were the ubiquitous file-managers that magically transformed the indecipherable files on the system into readable ASCII menu screens.

Umpteen file-manipulating programmes that were created in their many thousands, but all of them were fully fledged programmes, that in actual fact; looked an awful lot like my existing web-page of today.

** To repeat, (peek ‘n’ poke), us intrepid explorers from that golden age, freely and collectively designed our own programmes and bulletin-board screens with vertical clickable menus.

It was a (universal) screen layout design that we all used to heavily emulate in the late eighties onwards, ..

** Echoes of the well-famous, and very well-respected Xtree Gold going on here.

Whereby that most excellent DOS based file-manager, actually came complete with a standard (non-copyrighted) information and navigation column naturally being *sensibly* sighted on the right-hand-side eyeline, along with the Alt-Key commanding menus: that were once again naturally locked into the top eyeline menu bar.

It’s a screen design that is freely held in the Public Domain.

In other words, my websites overall layout and design; has absolutely funk all to do with poxy Star Walk (tm.)

So don’t talk to me about not owning something that I personally created all that time back. A time period before the bloody money grabbing poxy arse funking corporate monoliths even sodden-well existed.

This is a new concept, .. the main text screen itself has employed a non-standard set of thick coloured lines; that have been exclusively created to force the user to focus their attention on the content, and ultimately away from the non-profit {ad-free} menus.

(This I claim as my own copyrighted construct.)

Do you get me’ drift here my cracker nig-nog pal? – It’s all cock-eyed money grabbing bullshit, instigated by the white bread wonder boys sat upon high.

In these heady days of the Twinkies, .. such a restraining order on an illegal screen copyright, would naturally be legally issued by the greedy paramount paradigm minded (Powers-that-Be), namely, .. the current streaming services who in actual fact give us very little, but take an awful lot of our inalienable rights in return.

Whereby the cheeky funk-pigs then actually forbid us to use whatever it is that they are actively promoting.

Thusly, .. leaving the devoted fans to simply salivate over their paramount advertised constructs, that we can’t even legally use, because in doing so; we would (all) naturally take their flawed paramount ideas even further.

Which would then remove the item, (or idea), from their copyrighted stranglehold. A tight unyielding grip that is legally exerted over whatever ailing product is providing the greedy corporations with the greatest profit at that particular moment in time.

A legal ownership scheme, (that once activated), actually promotes stagnation through a dense cloud of illegal clucking – (hand-ringing) – negative activity.

Much like the highly profitable oil-industry, who actively play the slight of hand ‘Texaco’ shell game, and the strangely non global development of essential battery storage, but in the resulting dense smog; at least we can (all) legally be critical of, .. {drumroll!}, .. ‘the Product‘, and that lawful legal criticism, (by default), means that we have to name, and in most cases; copy the poxy funking concept to be able to actively dissect (it.)

Legally considered considerations, .. as long as one doesn’t promote (it) as one’s own work, (and / or), make a monetary charge for (it) in general. Then one can theoretically use (it) as one will, extra especially so when criticizing (it), or even, {another louder drumroll!}, when making a battery-hen joke over (it).

The latest copyright ruling and lawful interpretation also allows me to freely criticize whatever paramount condition that I choose to highlight for the greater good.

(It’s) called {free-speech} for a reason.

In the , real universe; a large sealed airtight brick, fitted with a chemical jet engine strapped to it’s arse-end; that’s being kept in place with ordinary plastic cable ties, would in actual fact be a fully functional space going object.

The ungainly space saving construct just described, would also be just as aerodynamically sound for taking on the never-ending void, and that’s the soundless critical joke that can’t be copied outright either; because its just gone whoosh!! over everyone’s heads.

This site uses Akismet to reduce spam. Learn how your comment data is processed.