earful joyful Earth born aliens out in the never-ending-voids, who also happily existed in a state of near child like harmony innocence and bliss.

Foraging aliens who had adopted a free form of National Socialism on a global scale back home: with some of the more enlightened minds even describing the social structure created, .. as the most exclusive (and inclusive) method of government that the entire universe has ever seen.

On the heavenly planet in question: the euphoric garden of Eden spanned right across all of the continents that made up the newly resurrected Teteo Alliance. An elected international ruling council was also housed in the splendid planetary capital city of New Nictlan: which was itself a large sprawling metropolis made of highly polished white marble, .. and in its tall gleaming towers; a masterfully ran control center was at the very heart of the highly profitable Commonwealth Trading-Markets, which was a name that drew admiration from all over.

But in this state of near perfection, the end was nigh.

An end whose destruction was written in the stars with the coming of the dark ones.

Shadow warlike alien warriors, .. — Who were already on the move, .. — Moving out into the light.

Time was once again running out, but could a small beacon lit in the void be our salvation? – The Universe itself was watching that small light intently, but by now the God of all creation had completely given up any hope of her masterfully constructed plans for the humans ever gaining fruition, and was pondering long and hard on whether to implement Plan ‘B,’ but that would require her starting again, .. (and from scratch at that.)

It was a troubling decision that she had to make, and like all gods in this unenviable position: she played her fiddle mournfully overlooking the city in flames below, and as the divine being played: she also envisaged Plan ‘B’ in action.

God herself might well have changed her tune though if she’d known what one small human boy was capable of doing in her name, but she didn’t know: because the boy was standing in the shade, as some young boys are wont to do now and again.

Can I hear an Amen! 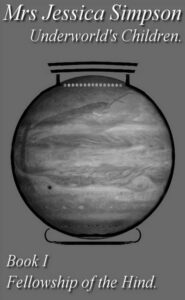 Fellowship of the Hind 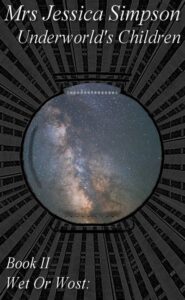 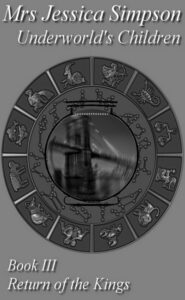 Return of the Kings

You're part of the stand-alone Library section, (a thing!)

Click on another Book in the Series of interest below, ..

- And then (as before), peruse the Book(s) held within.