A cunning holy master plan that would have ultimately seen God’s cherished children raised up to a state of godly-grace, .. a noble grace that was actually born from humanities own humble origins.

After the illegal timely actions of (the Others), we now find the godly promise of (the Rapture) in tatters and reduced to crumbling universal rubble.

The master plan was a masterly heavenly construction forged on the backs of many manly slaves, all that devoted masculine effort was something else that the one true God didn’t want to see discarded, then blown away like dust in the competing cosmic winds, but riding rough-shod over all of it: was the horrendous expense in lost man-hours tallied-up over the long years in even making the cost saving Rapture plan happen.

** The overall lost profit, verses the heavy losses in the heavenly running balance-sheet, is probably one of the reasons why the recovery project was formed.

Being as the Relic collections was also a very cheap side option to explore — setup and then execute: no one saw any downsides in letting it run either.

The new costings plan was a possible, (could possibly – be used), to thusly resurrect the decrepit holy plan from the grave, and all by using the recently deceased: who didn’t even need paying for their troubles.

Which by the way, was something that the Holy Consortium had been forced to do 2,010 years earlier on the third day, ..
– With it must be said, varying degrees of success: especially after the schisms tore them apart. 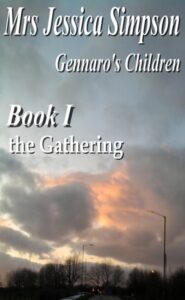 A long time ago in a galaxy far, far away. It is a dark period as civil wars begun erupting throughout the vast trading empire. A brave alliance of underground freedom fighters have challenged the tyranny and oppression of the awesome Great Market Traders. Striking from a fortress stall-holder market, hidden deep in amongst the billions of other accredited traders: rebel sole-traders have won their first victory in a battle with the powerful Trading Standards Enforcers. The Great Market fears that another defeat could bring a thousand more solar system free-traders into the rebellion, and if that happened - {Then in the blink of an eye it was all gone.} 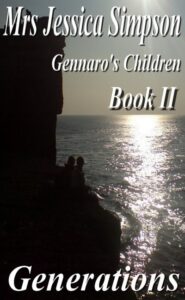 Walking back through time, and returning to their futures, God’s selected time warriors are now formally called the Mech’tee. (Mechanics of time). None of God's many billions of sanctioned {Pilgrims} may bar their way, with all required to give assistance if asked. Failure in fulfilling either condition, could then see the unhelpful pilgrim face the full wrath of the {One True Creator} herself. True to the {Word of God}, they've all been assisted in their travels, and have been cordially directed to the very gates of the underworld itself; by a very large winged lion, .. (made up entirely of light.) 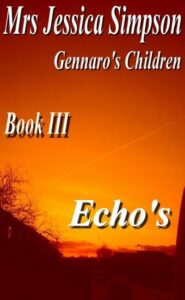 This is the third book in a series: flagging is what it’s supposed to do, and the time-team are, .. (badly). And yes! It’s supposed to have a bloody apostrophe in the title. Because the echo belongs to itself; Dur! – Doh! [...] The apotheotic-apostrophic time-lines have, and are continuing to collapse, and to top it all: the distraught team have [now] found that they’ve lost their way in space, and time, (that are the same), and actually being trapped inside a slowly contracting glass-glove is pretty irrelevant. [...] In this new original echo: Romana must now decide where her own future lies, she simply must remember Sam and the (Other Team), but will she remember in time? 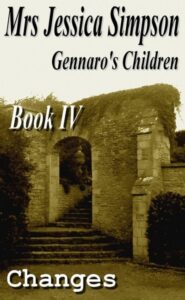 If things don’t change, (they’ll stay as they are), and that’s simply not an option. The future is what we make it, and our hero’s have made all alone, but they still have a gruesome job to do; even if their own personal God has abandoned them. The trouble is it now matters little in the grand scheme of things. Sam’s [Deep Knowledge] is still haunting him, and he hasn’t shared it all with his team members. Jane is the only now becoming aware of what he’s hiding, but her current involvement with the team is drawing to a close. Time is yet again slipping away, but the Mech’tee now have a new master; the most revered member of Parliament called Councillor Brown. - He alone has resurrected the old [Mission Statement], and they’ve all agreed with him that it was a good idea, and sleeping alone is a good idea anyhow, but will it put them back on track? - Or has time finally run out for all of them. 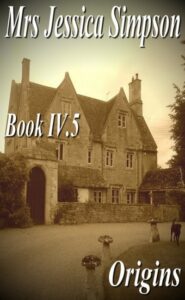 In the beginning, was the word, and that word became us all. Experience a day in the life of the dull and boring, and this day was no different than any other dull and boring day, or was it: because on this normal day, is the start point of how it all came into being. Origins says it all, and this narrative tells of that hot boring day in June in the year of 2037, and what happened from there on in. Follow the course of events that dragged me to where I am today. [...] But where am I really, or even in reality. 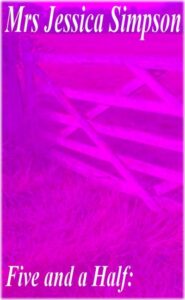 Five and a Half

See Romulus and Remus take to the (Boxing Ring) to settle an old score. See Mr Tumms administer justice, and cower in dismay at what Moxy has planned for the Pheasants of the Great Field. Watch in amazement as the great adventure of going round the bowl begins, and then stare in wonder at (the Ghost) called Glenda. Hidden in the bushes: see her rise to majestic power, and then witness her fall from grace. 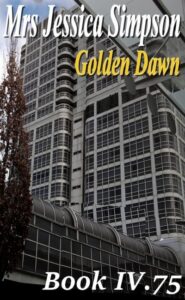 It’s all happening in the mighty Bee-Boo communications tower. Terrorist or Liberators, but does [one death] then justify the fight for our liberty, and even the ultimate freedom that that innocent death would bring? Or, is that price for freedom: far too much to pay! Sam’s Sons are working the crowd, and doing an excellent job at that. So much so, that no-one noticed; they weren’t suppose to. 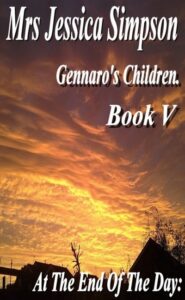 At the end of the Day

This is the final (installment) in the Gennaro’s Children Series; along with the lasting conclusion of the Underworld Chronicles that also ties into Jays' unearthed clipboard: the only survivor of the Unintentional Aquanaut adventures in the deeps. We are really at the end of time, and with the worlds about to collide at that, but what can we do to save ourselves? Unfortunately: that’s all semantics cooked up by a condemned man, as it means very little to someone who’s scheduled to die that very night. Because as far as you’re concerned [Dearly Beloved’d], the entire universe is about to end: along with you.

[ Story Board ]
My books -- Gennaro’s Children, Underworld’s Children and now the Unintentional Aquanaut series are projects in time and space, but not the Emerald Scrolls: that’s an issue concerning deep antiquity.

Initially, in 2008, the original idea was to write one book, (and that was that), but time moves on, and now the combined book's structures are becoming larger and more complex with every futile rewrite, and that's because yet more Godly facts are emerging in the many-worldly digs, all occurring out in the depths of the many voids But now I have a problem, in that the combined series have taken over my life, .. and now my precious wall space as well.

In the midst of the many archaeological excavations currently going on, I've also taken on the responsibilities of being the sole Proprietor of the, ..


Can I interest you in a free no obligation subscription? - If so, then just fill in the innocuous fields below.

If thine should find thyself overly-concerned by any of the requested information that I require from your good-offices, then simply purses the (Legal Info Button) above, that will then I feel: thusly allay thy needless fears worries and concerns.