mazingly, the first ever holy passage only saw the light of day, because of one nosy insignificant little insect; who was happily doing what bugs do best, (turning over shit to get at the good stuff underneath), and in this blissful state, the bug in question was following a mineral rich vein of juicy gossip down into the deep Pan lines, but was then shocked to discover that he was rooting through the age old dung in a backend carbon copy of the Almighty’s heavenly latrine.

It was a vast file reservoir of old copies that should have been flushed down the waste disposal pipes for deletion years ago, but someone at the time: forgot to press the button, and it was this old switch line that the hungry bug had accidently chewed its way through.

The Pan-archive files unearthed, are what’s commonly referred to (collections revolving around practices), or crap for short, .. from a quick reapplication and re-reading of the used Pan-paper based files, whilst logged and sat on the Pan P-trap file-manager itself; then it clearly shows how the skids marks were rapidly applied on the deeply troubling narrative. – Which is a brown hued godly smear spread all the way down the file, ..

Thusly demonstrating how the voluminous, on going crap all went disastrously wrong, (or right), all depending on whose side you’re actually on, and also what side of the used Pan-paper that you’re actually passing through the P-trap reader.

Additional:- once the first back story’s paper-work was finally exposed in the lower filing Pans, then the torrent of rancid wind swept corruption soon followed as the filing-Pan was finally flushed, but as the latrine reservoir emptied; it then revealed other deeper rubbish mizzens, whose brown file-tips were clearly visible poking out at the bottom.

It should be noted that these new squeezed out scrolls are in a fragile state, and might not be recoverable, but the promising logs are all located lower down inside the old u-Bend archive pipe lines: which in itself acts as a preservative of old crap. 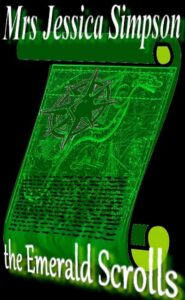 The old Scrolls that are opened up for scrutiny here, are the buried bastardised writings that dealt exclusively with our own intimate dealings concerning the very many strange foreigners, that we inevitably came across in far off lands, but even I can’t believe what we (allegedly — apparently) got up to in those far away days. It should also be noted that these extensive emerald writings, simply record a quadrillionth of a tiny micro-millisecond of timely local activity. Localised activity that occurred inside one very small and very tiny insignificant […] 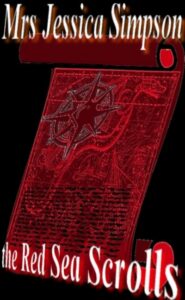 On the planet Qumran, the archeological dig in the old district next to the trading post of Korbin, actually produced two distinct forks. The first is on how it all came about. With the second tale explain just what was really trawled up form the pit. The detailed information faxed out on the Plex-sheets from all that time ago, actually demonstrated just how it all went disastrously wrong, (or right), depending on whose side of the used Pan-paper that was used way back then. Plex sheets don’t usually make good […] 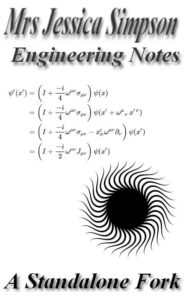 Appendices. These sanctioned annotations, reports and unofficial notes, have been covertly gleaned by a great many concerned whistleblowers. Reams of untraceable (databundles), that have been expertly pulled directly from the highly confidential engineering database. ** Rider Note One: the physically enormous Matrix mainframe, is actually housed in the recently renovated Mechanics Institute: now relocated to the New Swindon Terminus, and whose main claim to fame – by the highly esteemed Engineering Security Division; was being immune to hacking attacks from the outside, and all by being physically located behind an […]

You're part of the stand-alone Library section, (a thing!)

Click on another Book in the Series of interest below, ..

- And then (as before), peruse the Book(s) held within.